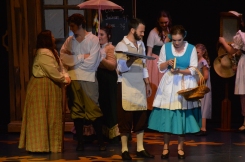 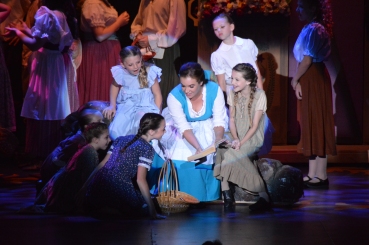 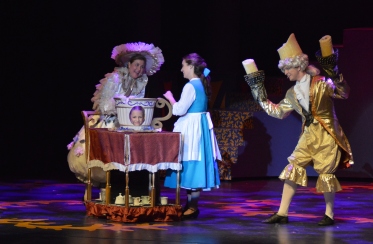 Theatre Bristol presents the enchanted tale of “Disney’s Beauty and the Beast” at the Paramount Center for the Arts, opening June 16 and running for two weekends with evening and matinee performances. Tickets are on sale now at www.paramountbristol.org for this beloved story of acceptance and love, brought to life as part of Theatre Bristol’s 52nd season.

Theatre Bristol is pleased to bring this Tony-nominated musical and Grammy award-winning soundtrack–now featured in a record-breaking live action film–with our area’s own talented actors, singers, dancers, designers, and musicians.

“Disney’s Beauty and the Beast” includes favorite songs with music composed by Alan Menken and the late Howard Ashman, as well as songs by Menken and Tim Rice, with book by Linda Woolverton telling the “tale as old as time” of Belle and the Beast. The production is based on the Academy Award-winning animation and then originally directed by Robert Jess Roth and produced by Disney Theatrical Productions.

Belle sees past appearances and ends the Beast’s curse with blossoming love. The castle inhabitants show their hospitality, entertaining for their very humanity with humor and beautiful music. Theatre Bristol is pleased to present Disney’s Beauty and the Beast as part of its family-friendly 52nd season, including River’s Way, Peter Rabbit, Tom Sawyer, The Importance of Being Ernest, Annie, and Junie B. in Jingle Bells Batman Smells!

“The story of Beauty and the Beast has been around a long time. The story itself is simple and engaging,” said Director Patterson. “Each generation that encounters it finds that it has something to say to them. That’s why it has been told and retold, adapted and been popular on stage and in film,” he added. “What more could you want in a play? It has a misfit girl who finds her home, a prince who discovers that without love nothing matters, a villain who gets it in the end, and magic–lots of magic. It’s a wonderful show. Putting it together will challenge us as we bring to the magic to life for you. We can’t wait to see you at the Paramount in June.”

“Theatre Bristol is blessed with talent, devoted volunteers, and supporters,” said Samantha Gray, Theatre Bristol Board President and producer of the show. This production of “Disney’s Beauty and the Beast” is a celebration of the magic of music and love. Audiences of all ages will be delighted! This is the summer event not to miss!”

To add to the celebration, Theatre Bristol is hosting its 2017 Gala fundraiser on Friday, June 16 with music, food, drinks, and a performance of “Disney’s Beauty and the Beast.” Tickets for the 2017 Gala are available directly on the Theatre Bristol website. Sponsorships and advertising are also available for this production and the 52nd season by contacting info@theatrebristol.org.

Theatre Bristol’s production of “Disney’s Beauty and the Beast” will open June 16 and run for two weekends with evening and matinee performances at the Paramount Center for the Arts, with whom they share a long history resulting from the determination of Theatre Bristol founder Cathy DeCaterina, catalyst for restoring the Paramount to its grandeur.

Tickets are available online at www.paramountbristol.org with all available dates and times listed and by contacting the Paramount Center for the Arts at 423-274-8920. Theatre Bristol’s quality productions are priced with the family and groups in mind, at $16 for adults and $12 for seniors and children, plus processing and preservation fees.

Theatre Bristol’s production of “Disney’s Beauty and the Beast” is presented through special arrangement with and all authorized performance materials and logo supplied by Music Theatre International – www.mti.com. The production is made possible by season sponsors United Company Foundation and the Tennessee Arts Commission.

Founded in 1965, Theatre Bristol is the oldest continually running children’s theatre in northeast Tennessee and is now celebrating its 52nd season. Its Main Stage season consists of up to five productions. Its performances take place in the ARTspace, a multi-purpose, black box theatre as well as the Paramount Center for the Arts. Theatre Bristol is entirely volunteer run and we invite you to get involved.