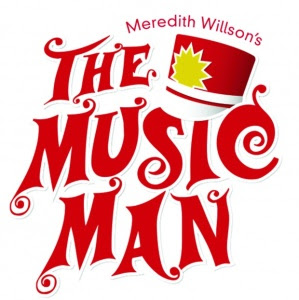 Bristol, Tennessee/Virginia, April 2016 – “The Music Man” is marching into town for a must-see memorable summer experience for adults and children alike! Theatre Bristol announces the cast of “The Music Man” and ticketing information for this upcoming 51st season production opening June 17.

The Music Man features Professor Harold Hill, con man and fast-talking salesman. He convinces the people of River City, Iowa, “Ya Got Trouble” and sells them on a young people’s band and “Seventy-Six Trombones.” Marian the Librarian’s “Till There Was You” causes him to grow fond of her and the children. It’s a score of favorites: “Goodnight, My Someone,” “It’s You,” “Goodnight Ladies,” “Pickalittle,” “Gary, Indiana,” “Wells Fargo Wagon,” and many more. Taking the story from the composer’s own life, Meredith Wilson once played in the John Philip Sousa band. His “Till There Was You” became a hit for the Beatles in 1964 and would be the only song from a Broadway musical they ever recorded.

The Music Man is presented through special arrangement with and all authorized performance materials are supplied by Music Theatre International – www.mti.com.

Founded in 1965, Theatre Bristol is the oldest continually running children’s theatre in northeast Tennessee and now celebrating its 51st season. Its Main Stage season consists of up to five productions. Its performances take place in the ARTspace, a multi-purpose, black box theatre as well as the Paramount Center for the Arts. Theatre Bristol is entirely volunteer run and we invite you to get involved.

Those interested in being a part of the wonderful experience of The Music Man by bringing it to life over the next several weeks and working backstage as part of the production team and stage crew are invited to email info@theatrebristol to discuss their interest and skill areas. This invitation includes those interested in costuming, set design and construction, lighting, sound, stage management, props, publicity, and many other roles. All roles are volunteer, as there is no paid staff. No experience is necessary for crew work and we are happy to offer training.